Serik what to see 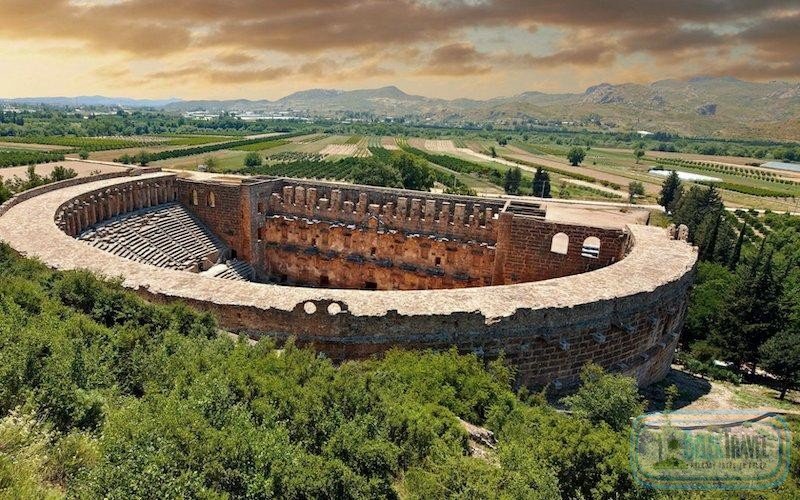 What you need to see in Serik is the ancient city of Aspendos. After all, this monument of antiquity is very close here. The city was founded by the Greeks who settled here in the 10th century BC. The city is located on top of two hills, on one of them there is a market square, on the other a Roman theater. In the evening, at ten o'clock, several times a week, there is an amazing show “The Fires of Anatolia”, known all over the world.Show, where talented actors and choreographers reveal the history of Turkey in dance, showing the main traditions of the country.

Aspendos has an ancient aqueduct - an engineering marvel built in the 5th century BC. Previously, he supplied the city with water. Near Aspendos, you will see the ruins of an ancient Greek colony - Sillyon. In the south of Serik, the Koprukai River flows through picturesque canyons. If you love nature, then you should definitely visit them. Köprülü Canyon is famous not only for its natural beauty, but also for many artifacts and monuments. For example, the ancient city of Selge with the colonnade of Zeus is located here. And next to it is the Altynbeshik Magarashi cave, famous for its crystal clear underground lakes.

Once a week on Sundays, an oriental bazaar is open in Serik. There you will find dozens of types of fruits, hundreds of sweets, spices, souvenirs and other pleasant things that you can bring from Turkey as a gift for yourself or loved ones. In such a market, you can bargain well and save your budget. And with the money earned, go on excursions from Serik. Here you will see, learn and literally touch the most interesting things in this multifaceted country.